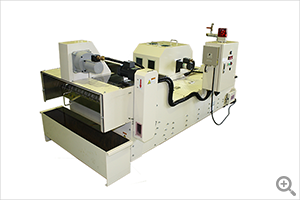 Same as the former model, new K SludgeCut is suitable for various machine tools and is applicable both to water-soluble coolant and oil coolant.
We have different tanks in size, from size appropriate for individual machine, to size for semi-central coolant supplying system connected to multiple machines. 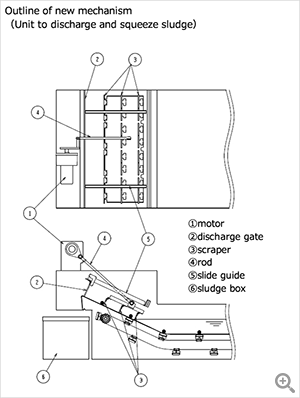 We have developed new mechanism to improve two shortcomings of the former SludgeCut.
K model succeeds in;

Discharge of sludge which contains a lot of nonmagnetic material
K modelremoves out of the tank the sludge which contains a lot of nonmagnetic material(e.g. grindstone particle).
This model prevents some problems frequently caused by the sludge lacking in magnetism.
Reduction of the take-out amount of coolant liquid
K model has a squeeze mechanism at the discharge port to reduce the take-out liquid.
Reduction of coolant loss makes the new model a low enviromental load separator. 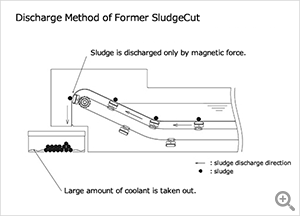 Former SludgeCut discharged sludge only by the magnetic force (see the image on the left).
This method occationally gave rise to undischarged sludge especially on the slope above the liquid surface and R part.
Moreover, since discharged sludge was not squeezed, coolant liquid gathered in the sludge box. 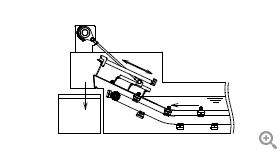 B：pushing up and squeezing of sludge 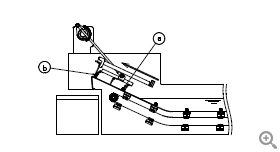 According to the motor rotation, the unit slides to the left. 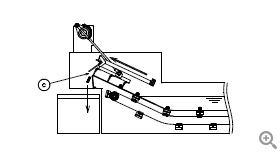 D：Return to the original position 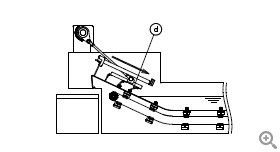 After removing the sludge, the unit returns to the original position and repeats the operation A-D (The motor rotates continuously).